While charcoal and a blower works OK for the aluminum melting projects I’ve been doing, I was getting frustrated with the mess, hassle, and cost of that setup. The charcoal created ashes that sometimes got into the aluminum and needed to be cleaned up in general, there were a lot more parts involved to get a working setup, and it had to be constantly fed new charcoal, and while charcoal isn’t terribly expensive, a propane torch would get a few melts out of a barbecue sized propane tank, and make the process cheaper.

So, using this video as a reference, I made my own torch and gave it a test. Additionally my sister and brother-in-law gave me a new graphite crucible, which has also greatly improved the melting process. 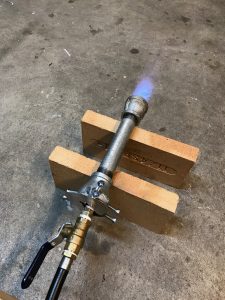 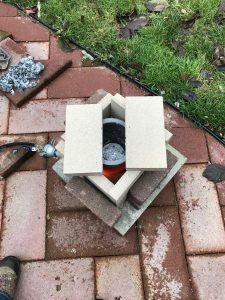 I had a whole bunch of cans saved up, mostly from folks who have saved cans for me and brought them over. I had somewhere around four garbage bags full of cans to melt down. The propane burner and graphite crucible handled them with ease! 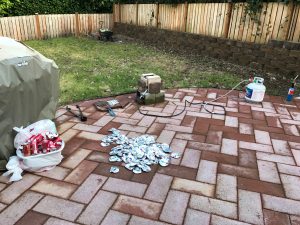 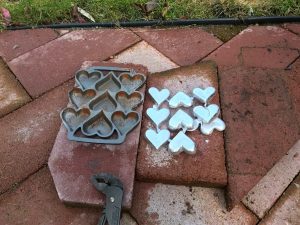 In all, I melted down around 315 cans, and ended up with just over 6 pounds (~2.7kg) of aluminum cast into heart shaped ingots.

This entry was posted in Projects. Bookmark the permalink.